Unconfirmed transactions are quite a hassle for bitcoin users. I recently came across an interesting problem which is not the usual “my transaction is stuck” problem.

A node operator can increase or decrease the maxmempool option to better fit their system. I assume that for example, some block-explorers have increased their nodes maxmempool. I know that Jochen Hoenicke, for example, has a node running with a maxmempool of 2GB.

Small differences in the mempool are common. However, with an increased maxmempool a nodes mempool can differ vastly from a majority of other nodes on the network. These nodes, especially when they power a block-explorer, still many keep unconfirmed transactions the majority of the network has already dropped. This can be irritating for users.

I came across a particular form of this problem, when a friend asked me, why he can see a certain low-fee transaction on bitaps.com, but not on blockchain.info. My local node, with a default 300 MB maxmempool, responded with an error on calling the getrawtransaction RPC with the txid.

Looking at the missing input I noticed that it references an unconfirmed change output from a transaction with equally low fees. However, I again wasn’t able to find the parent transaction for the input in my local mempool or on blockchain.info. Only bitaps.com had it. And this transaction again referenced an unconfirmed low-fee output as an input.

With the context of the maxmempool-limit this started to make sense.

My take on what happened

The real issue appears when the original sender is not aware of this and has a peer with a larger-than-default mempool. He unknowingly continues to chain transactions to an unconfirmed parent transaction that the vast majority of the network rejects. The broadcasted transaction spends an output that references a dropped transaction and therefore is invalid.

David Harding pointed out that the sender could use BIP-125 Replace-By-Fee to update an unconfirmed transaction with new outputs: 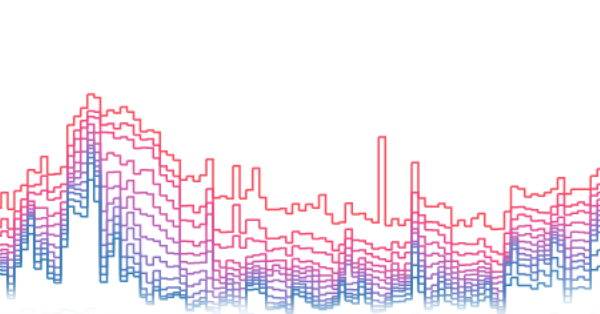 How did the median Bitcoin feerate evolve from 2013 to 2015? When were the feerate spikes in 2017? Visualizing the Bitcoin feerate distribution per block was on my todo list since I’ve started working on the first version of my mempool.observer project in mid-2017. But acquiring the data …