While working on taproot support for transactionfee.info, it became apparent that there already exist a few Pay-to-Taproot (P2TR) outputs on mainnet. Anyone can spend these outputs, but they are non-standard and thus not relayed between nodes in the Bitcoin peer-to-peer network. However, a mining pool can include non-standard transactions in their block. We cover the six P2TR outputs already present on mainnet and explain why the outputs can be spent by anyone before taproot activates. With the help of the f2pool.com mining pool, four P2TR outputs are donated to brink.dev, a non-profit company focused on supporting open-source Bitcoin development.

While it is possible to create P2TR outputs before taproot activates, it is not recommended to do so. Likewise, wallets shouldn’t generate P2TR addresses before activation. Nonetheless, at the time of writing, there are already six P2TR outputs on Bitcoin mainnet.

The second P2TR output was created on January 28th, 2020. With a value of 700 sat, it is close to the default SegWit dust threshold of 294 sat. The creator of this output is unknown.

The sixth P2TR output, with a value of 1324 sat, was created on July 7th, 2021. It is the only P2TR output created after taproot locked in on June 13th, 2021. The other P2TR outputs were created while it was still unclear when or if taproot would activate.

Why can P2TR outputs currently be spent by anyone?

A keypath P2TR spend that will be valid and standard once taproot activates. A anyone-can-spend P2TR spend will likely have an empty witness, but otherwise look the same.

For our transaction, we pick the first, third, fourth, and fifth P2TR output out of the six available outputs discussed earlier. The first output with a value of 5.431 sat will be unspendable upon taproot activation and would otherwise remain in the UTXO-set forever. The third (3.656 sat), fourth (50.000 sat), and fifth (100.000 sat) P2TR output were sent in test transactions with the knowledge that the funds will most likely be lost or donated to charity. This allows us to spend a total of 159.087 sat. We leave the other two P2TR outputs (700 sat and 1.324 sat) for someone else to spend either before or after activation.

Our transaction contains two outputs. The first output donates the full input amount of 159.087 sat (about 50 USD at the time of writing) to brink.dev to support open-source Bitcoin development. The transaction purposefully doesn’t pay a miner fee to maximize the donation amount. The second output is an OP_RETURN output with a link to this blog post. This makes it possible for someone finding the anyone-can-spend transaction to learn more about why the P2TR outputs were spendable before Taproot activation.

We constructed the transaction with a quick and dirty Rust script. For Bitcoin Core to accept the non-standard transaction, this patch had to be applied to v0.21.1.

When taproot activates on block 709632, Bitcoin Core v0.21.1 and newer will start enforcing the taproot rules. Spending P2TR will only be possible by supplying a valid signature for the keypath spend or a by satisfying the script requirements for a scriptpath spend. However, older nodes that don’t know about the taproot softfork will continue to treat the P2TR spends as anyone-can-spend. This can become a problem if, for example, a mining pool forgets to upgrade and includes a transaction spending from a P2TR output without satisfying the taproot rules enforced by the network. The chain would split between upgraded nodes enforcing taproot and not upgraded nodes. It is recommended to upgrade production and payment handling nodes before taproot activates.

I like to thank f2pool.com for their cooperation. Without them including the non-standard transaction in a block, donating the P2TR outputs to brink.dev, wouldn’t have been possible. You can support me and my work here. 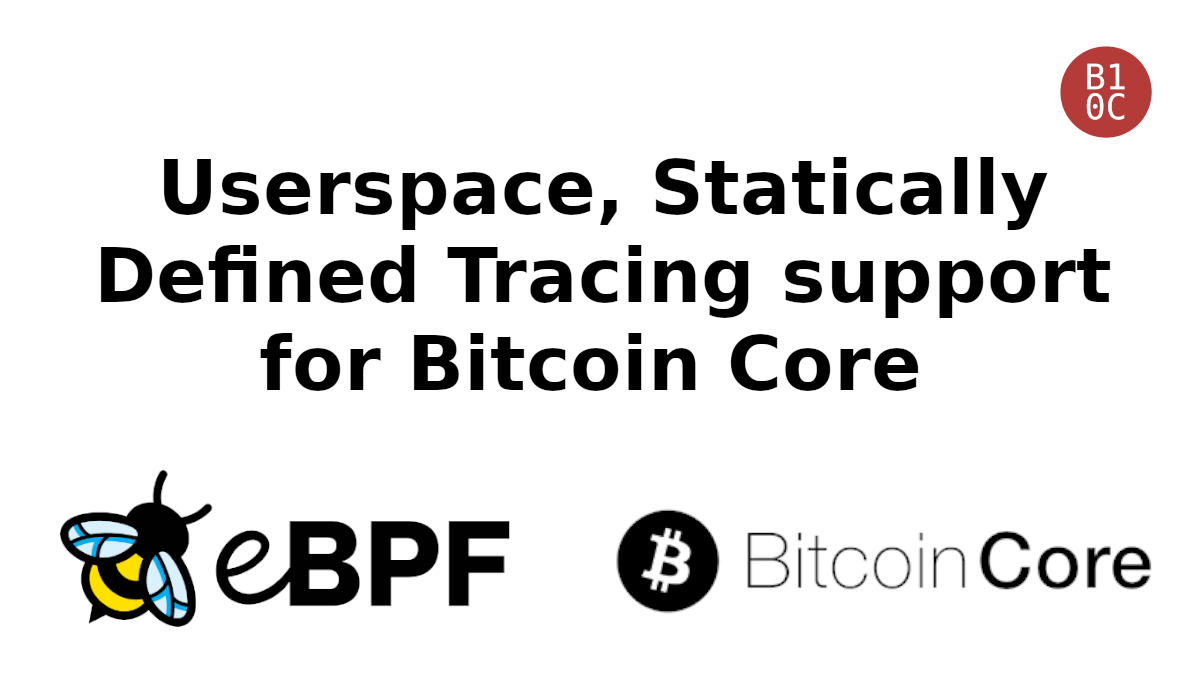 This report updates on what 0xB10C, Coinbase Crypto Community Fund grant recipient, has been working on over the first half of his year-long Bitcoin development grant. This specifically covers his work on Userspace, Statically Defined Tracing support for Bitcoin Core. This report was published on the Coinbase blog too. 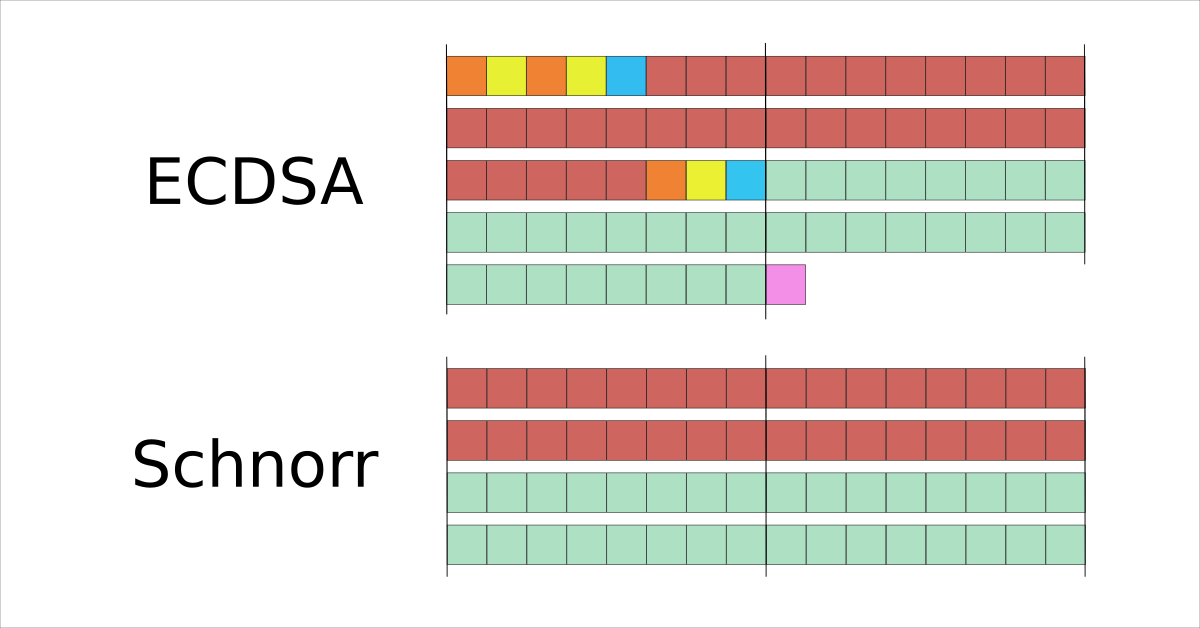 Evolution of the signature size in Bitcoin

Digital signatures are an essential building block of the Bitcoin protocol and account for a large part of the data stored on the blockchain. We detail how the size of the encoded ECDSA signatures reduced multiple times over the last years and how the proposed Schnorr signature compares to the length of the currently used ECDSA signatures.