We build transactionfee.info in 2018 to raise awareness about the inefficient use of block space by exchanges, services, and wallets. The project is a joint effort with Bitrefill CEO @ziggamon.

In early 2018 the price of bitcoin surged to 20.000 USD. At that time we saw more than 400.000 daily transactions on the Bitcoin network which caused a steep increase in transaction fees. A lot of exchanges, services and wallets did not use the block space efficiently. We build transactionfee.info to raise community awareness.

Only a few exchanges and services made use of payment batching or spend SegWit outputs in 2018. This meant, for example, that every withdrawal was costly for exchanges as the withdrawal transaction takes up a lot of space in the blockchain. Often the transaction fees or even a higher fixed fee was deducted from the user’s withdrawal amount. Our site allowed users to check the fee efficiency of their transactions and their wallets. It calculated how much fees could have been saved by using, for example, payment batching or by spending SegWit outputs. Green checkmarks for fee- and space-saving behavior and red crosses for inefficient and wasteful behavior.

Just paste a tx id and see if you’re overpaying for your bitcoin transactions and withdrawals.

Samourai users are paying the lowest transaction fees according to https://t.co/ntB5Sz3mww - Don't use wallets that abuse their users. No Android device? Use @GreenAddress - If you don't want to use Samourai install @ElectrumWallet - This isn't marketing, this is common sense. pic.twitter.com/vGhSnf9shv

Later, we added a subsection with charts about payment and feerate metrics to the site. We offered all data under a CC0 “No Rights Reserved” license. The transactionfee.info website has appeared in numerous online news articles since then, one, for example, being thenextweb.com: Bitcoin’s median transaction fee lowest since 2011 — nearing BCH. The transactionfee.info data even made its way into academia.

Presenting “Payments” per day, a more accurate representation of real economic activity on the Bitcoin network.

(It’s a count of all outputs that are not change outputs back to the sender)https://t.co/kyuTMXz09A

The potential block space efficiency gains from transaction batching are even greater than from implementing SegWit. Thus far the services that have implemented batching are imperceptible in the grand scheme of things. Plenty of room for improvement! https://t.co/uPSWiaXdUT pic.twitter.com/bDj85dmXQ7

You can see the fee rates rising and and falling and which fees are “high” vs “low” at any given time.https://t.co/usCSbZZQIH pic.twitter.com/L9ntWw0oNv

Due to low usage of the fee efficiency checker over 2019 and us reaching our goal to raise awareness we decided to overhaul the site and released a second iteration in 2020.

Read more about the 2020 version
All text and images in this work are licensed under a Creative Commons Attribution-ShareAlike 4.0 International License 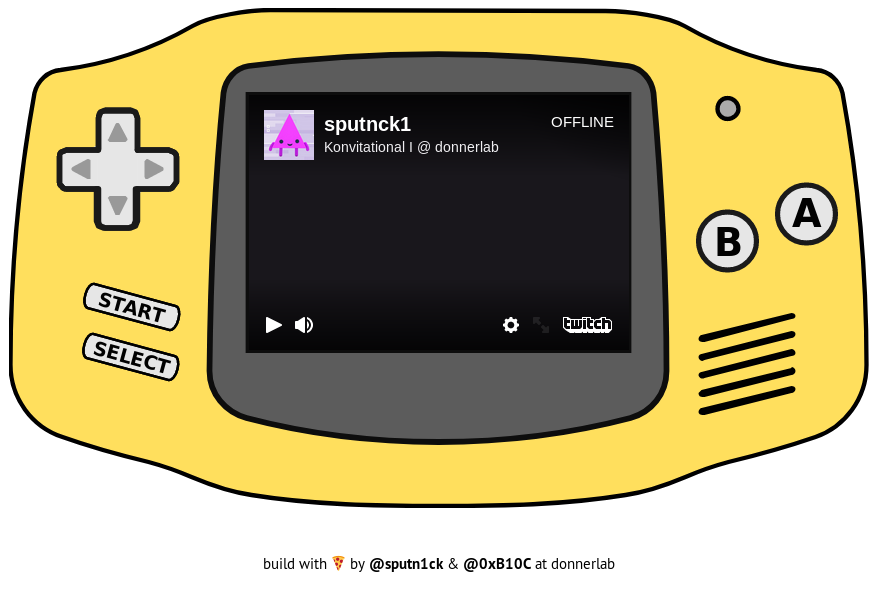 Konstantin Nick (@sputn1ck) and I build lnplays.com for the Lighting Hackday in June 2018. You could play Pokémon via the Lightning Network build. Pressing the buttons of the GameBoy to move the player and to interact with the world would generate a lightning invoice. Paying that invoice would send the pressed button to the game-backend and the user could see the action over the live stream. The site not longer up, but parts of it can still be seen on archive.org.

The mempool.observer website displays statistics about my Bitcoin mempool. This covers the 2017 version which I iterated on in 2019.